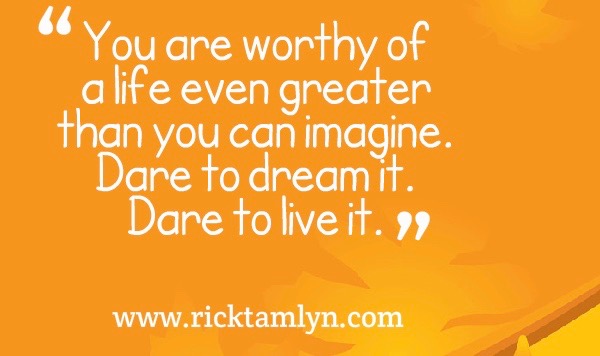 Michelangelo, the artist and sculptor, believed that the sculpture lived within the stone or marble already done, already whole, already perfect.

His job as an artist was to simply use his hammer and chisel to chip away the outer rock to reveal the magnificent perfect sculpture within. Think about that. He actually knewthere was magnificence in there. And he knewthat his job was to find and reveal it.

Now, I know this is metaphoric… but think about this in relationship to you. What would life be like if you knew there was magnificence in you? And it was your job to find it?

At our core we are magnificent; there is nothing that needs to be fixed or changed. There are lots of things that couldchange, but what I know is that if we simply embrace more of our human-ness and our human-mess, it just goes way better.

Most of us have some “outer rock” that covers us up a bit, hiding our full potential. That’s normal!

Now imagine having a hammer and chisel – much like Michelangelo used. And they are used to reveal the magnificent sculpture called you. Pieces of unneeded rock fall away with their touch – easily and effortlessly. It’s in the simple act of truly embracing and loving all aspects of yourself that the rock falls to the ground to reveal more of your true self.

Don’t judge the rock pieces as they slip away. Instead, be fascinated and curious about them. What a great opportunity to learn about yourself.

As we grow from a child to adult, some “rock” gets put on most of us.

This rock might be old beliefs that we still carry; reactions to circumstances that occurred long ago; ideas that no longer serve; opinions and judgments that simply aren’t true; inherited ideas from teachers, family, culture, and religious organizations.

They don’t mean to, but they keep throwing “rock” at us. Along the way, we decide that some of it’s true and some of it’s not. When that happens, we can get stuck, lost and confused. We can’t quite determine who we are or what we want anymore (now that isn’t true for everything; there are certainly beliefs and things that we have inherited that doserve us).

There might come a moment in life when you wake up and realize that you have lots of rock on top of you. It happened to me.

When I was in college I told my parents that I was gay. At the time, I was dating a guy and had fallen madly in love. My Mom promptly told me that I would need to transfer to another college so that I would never see this guy again. She then picked up the phone and called our minister, so that he could share with me all the reasons why I shouldn’t be gay.

For a period of time I believed my Mom and minister, and tried really hard to be the person they wanted me to be. Needless to say, that didn’t go so well. I was given this “rock” and was led to believe it was true. It wasn’t.

By simply seeing this as some “rock” on top of me, and then taking my hammer and chisel and seeing the truth about myself – it lost its power over me. And I learned to love myself a whole lot more in the process.

I declared peace with myself and I’m happy to say that my Mom came around and we had a terrific relationship.

What would yourlife be like if you spent the time to reveal the magnificent sculpture inside yourself?

I’d love to hear your thoughts.