How Dr. Christmas Got His Dream Job

In my book, Play Your Bigger Game, I share my belief that you can shape your life as a game of your own design. And if you can play your life as a game, why not make it the most exciting, challenging game possible, one that allows you to fully express your talents and creativity?

When you play your bigger game, you can create a life that is dynamic, engaging, and wildly inspiring, and you’ll never feel stuck again.

One of my favorite stories of playing The Bigger Game is about my dear friend Bob Pranga, who was my very first coaching client over 20 years ago. He does a remarkable job of living life to the fullest and expressing his talents and creativity… I love to share his story this time of year!

Click here to learn how he created Dr. Christmas and is quickly becoming a household name. 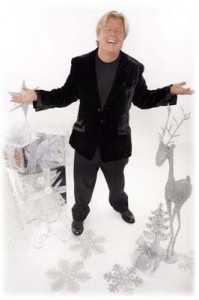